The following is an unbiased review of the Mealthy Pot Multi-Cooker. I own an Instant Pot and my review will, in part, compare the two products. Though I received the Mealthy Pot to try for free, the review is an honest critique of my own.

This post features a delicious, easy recipe for Bolognese in the Pressure Cooker. Bolognese is traditionally made over several hours, or days, and I’m all for the slow-and-low, get-the-best-flavor-and-tenderness-in-a-recipe process, but sometimes (most of the time) you don’t have that luxury unless it’s Sunday dinner. But you still want good, satisfying flavor. Thankfully, the new resurgence in pressure cooker devices makes this easy to achieve.

First off, let me say that I’m an avid Instant Pot user (I own the DUO60 Plus 6-quart), having made several Instant Pot Recipes that you can find here. So, when Mealthy contacted me to test out their Mealthy multi-pot 9-in-1 cooker, I was eager to see if all multi-cookers are the same, or at least if these two are. Mealthy is an up-and-coming cooker that gets rave reviews along with the Instant Pot. So, having used both, here are my observations. 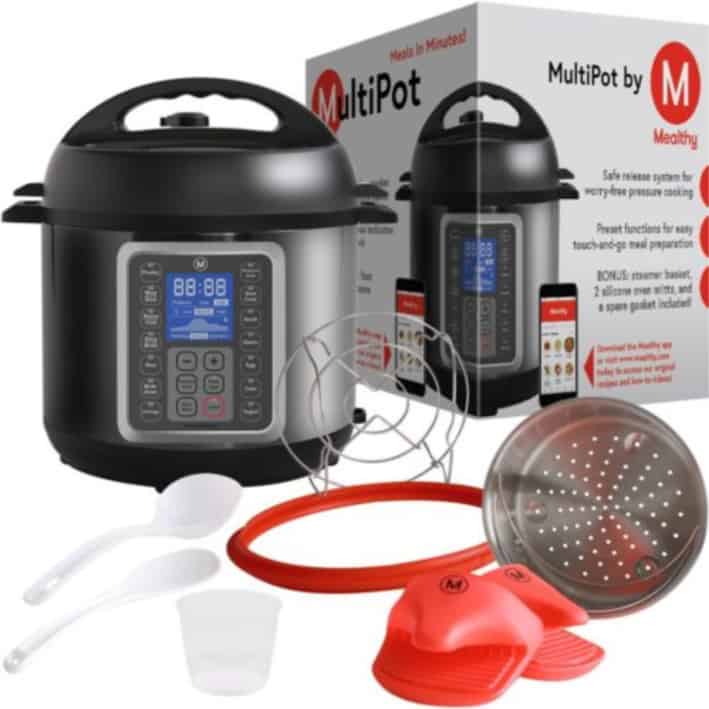 Mealthy comes in a box pretty much identical to the Instant Pot DUO60 Plus and they’re priced within about $30 of each other with Instant Pot being the more expensive (and with less standard accessories). The Mealthy Pot does come with a couple extra standard accessories that I love. Mealthy includes and extra sealing ring, a steamer basket, and two silicone oven mitts that didn’t come with my Instant Pot. 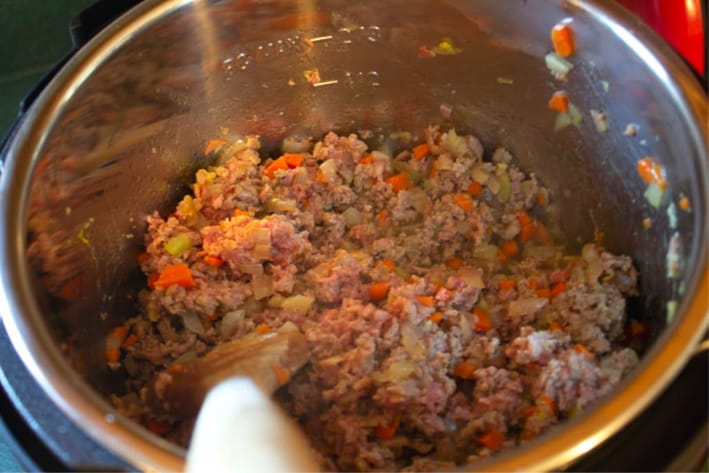 As far as operating the Mealthy Pot, it’s pretty similar to the Instant Pot. Sautéing the vegetables and meat before using the pressure cooking feature works very well, with the ability to choose low, medium or high heat. Buttons are intuitive and easy to use. 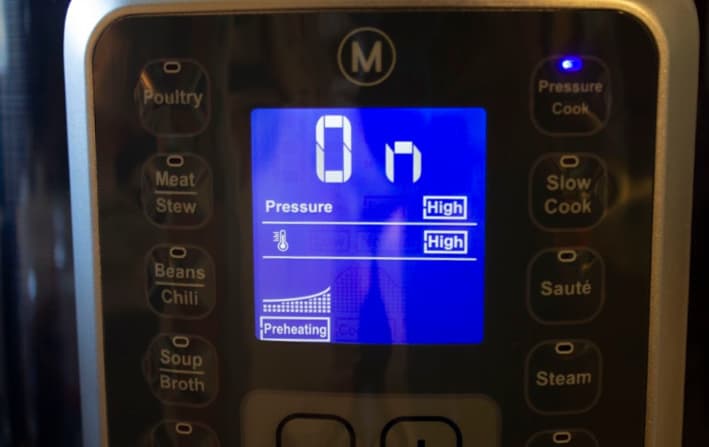 But here’s another cool feature that I loved about the Mealthy- Once you’re ready to pressure cook a dish and set your time and the level of pressure that you want, Mealthy Pot displays the Preheating portion as the pot comes up to pressure-called their Cooking Progress Indicator, helping to gauge how long the preheat is going to take before the pressure cooking portion actually starts. This is more ambiguous in the Instant Pot. Even though the Mealthy Pot doesn’t show actual minutes that are necessary during preheating (since this depends on so many factors), it’s a good idea. 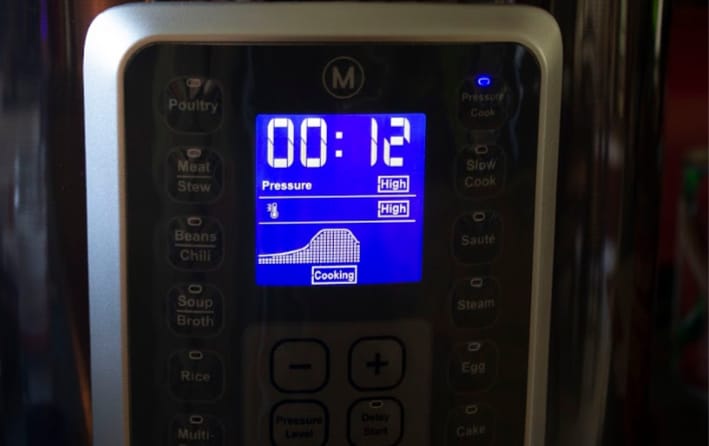 The actual pressure cooking function changes to show “Cooking” and then counts down just like the Instant Pot. One other difference that I forgot to take a picture of, while the Mealthy Pot is cooking, the Pressure Indicator Float is red and lifts up during cooking so you know for sure it’s cooking. I don’t know how much I care about this feature, but it’s there.

The following is a Cooker Comparison chart that Mealthy Pot puts out so you can see differences at-a-glance. 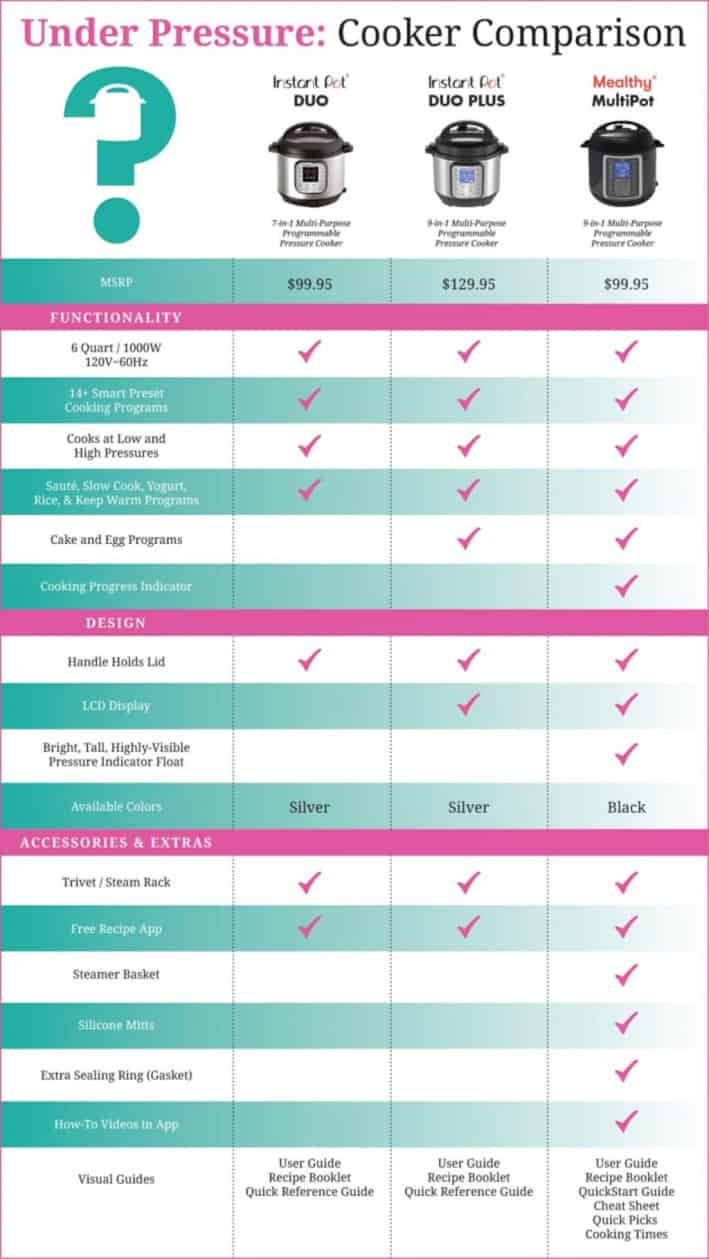 Since part of this review was to make a Bolognese Sauce in the Mealthy, let me get to the recipe for this sauce. First of all,

What is Bolognese Sauce?

Bolognese (pronounced boh-luh–neez) sauce is a classic Italian sauce for pasta made with ground meat, such as beef or pork (or a combination), usually slow cooked with a soffritto of onions, carrots, celery, tomatoes, and milk- to give it a creamy texture. The sauce comes from the Bologna region of Italy, hence the name.

For this recipe, to up the flavor of the meat, I added a little chopped pancetta into the pot, rendering it down a little before sauteeing the onion, celery, and carrots. I then added some ground beef, red wine, you can substitute grape juice if you like, and then incorporated crushed tomatoes (diced would be fantastic as well for a more chunky texture), salt, pepper, and bay leaves. The sauce then gets cooked in the pressure cooker for a mere 15 minutes and then the pressure is released naturally. After removing the lid, I added some grated Parmesan to help further thicken the sauce, then added half and half for that creaminess that makes many Italian sauces super complex and satisfying. 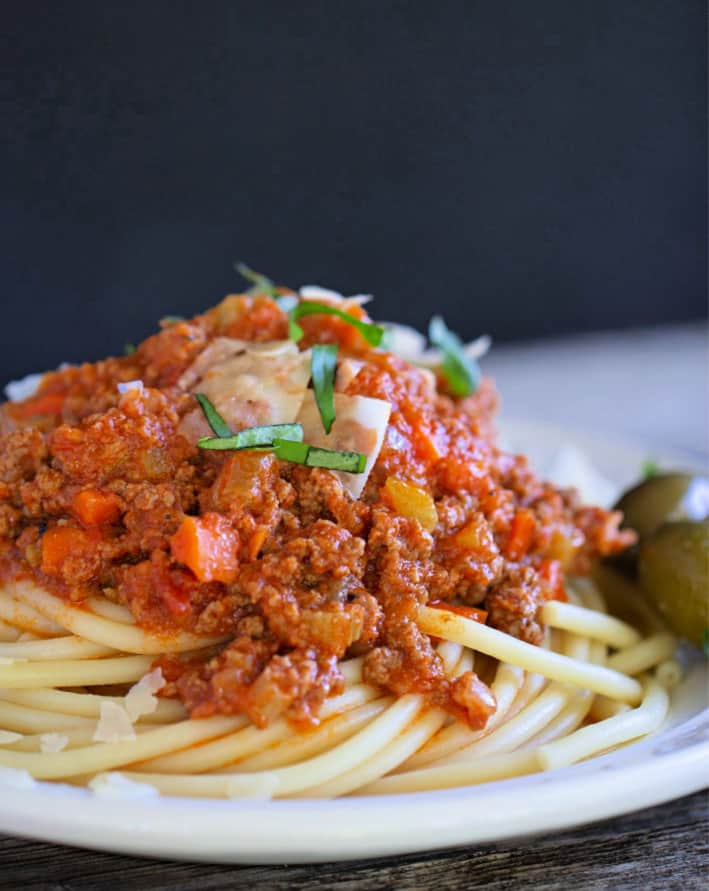 Bolognese is traditionally served over a hearty pasta, like tagliatelle, or pappardelle. I used a fat, spaghetti-type pasta, bucatini. You can use whatever your heart’s desire. As with so many sauces such as this, I found it even more flavorful and incredible when refrigerated overnight, then reheated and served the following day.

If you buy a Mealthy Pot or Instant Pot through the link on my site, I am an Amazon affiliate, so I receive a very small commission on your purchase. 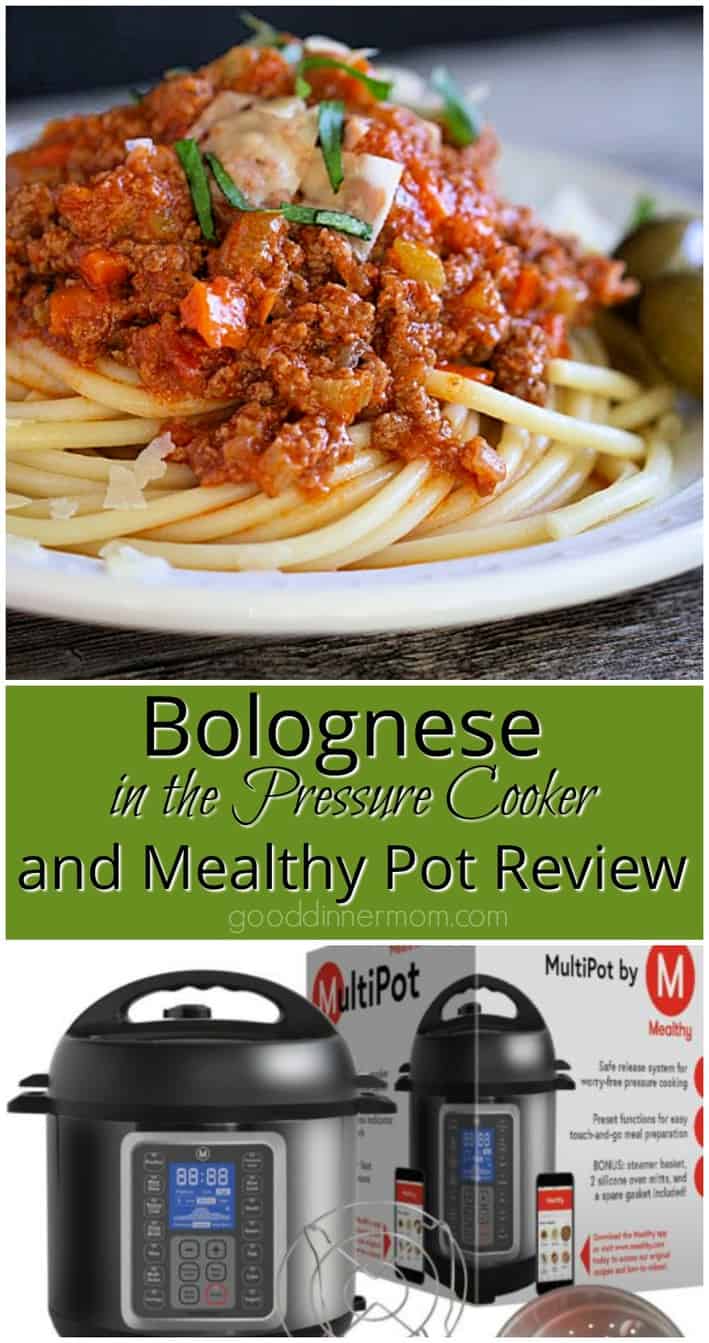