How about a little cup of warm, perfect Apple Crisp on this cold winter’s day? What, you’re used to coffee, tea or cocoa in your cup? Even better! This tasty delight would be fantastic next to a hot cup of pretty much anything. Enjoy it over some ice cream for the perfect dessert, or over yogurt for a special brunch treat. 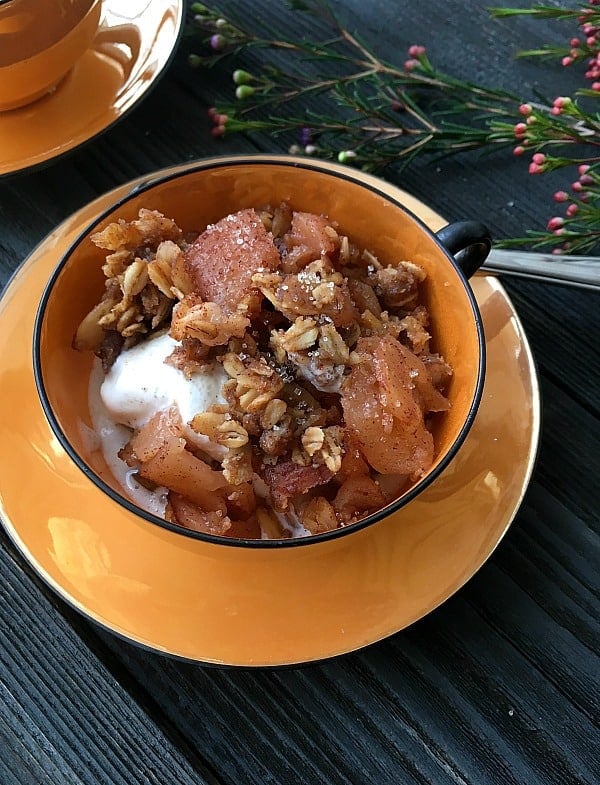 The Apple Crisp seems to magically appear in your slow cooker, simmering all day (how about all night?) or it can be ready in just a few hours after cooking on high. 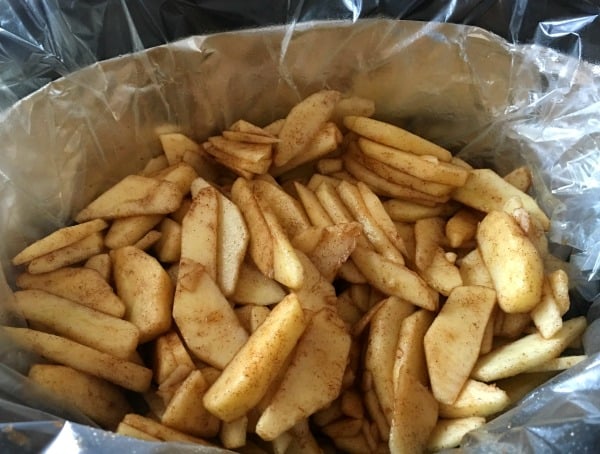 …then topped with old fashioned oats and sliced almonds. Slow cooked for 3 to 4 hours on high or 6 to 8 on low. The secret to getting the Apple Crisp to be well, crisp, is to layer paper towels over the top of the slow cooker insert before placing the lid on top. This insures the moisture naturally created in your CrockPot doesn’t get absorbed by the topping. The longer everything cooks the more crisp the oats get around the edges. 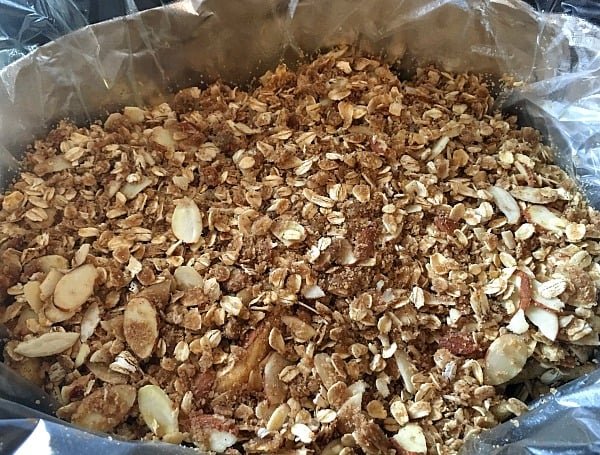 Easily substitute walnuts for the almonds, or omit nuts completely if that’s not your thing. Boost the tasty crisp with some chia seeds and flax, if you like.

The first time I made this recipe which I adapted from Gimme Some Oven, and passed out samples for critique, I had to make an entire second batch. Everyone from teenage boys and girls to picky adults wanted seconds. If you do end up with leftovers of the Apple Crisp, it easily reheats in the microwave, maybe not quite as crisp as first serving, but still delicious. 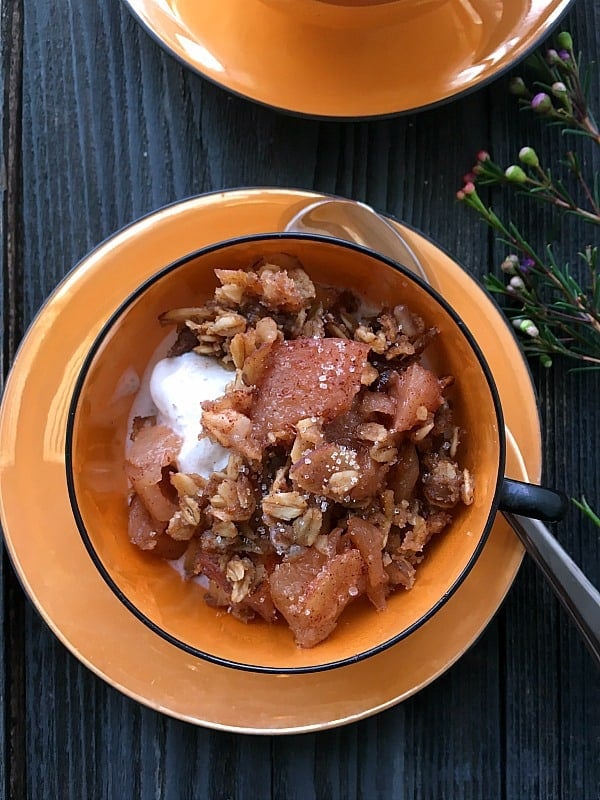 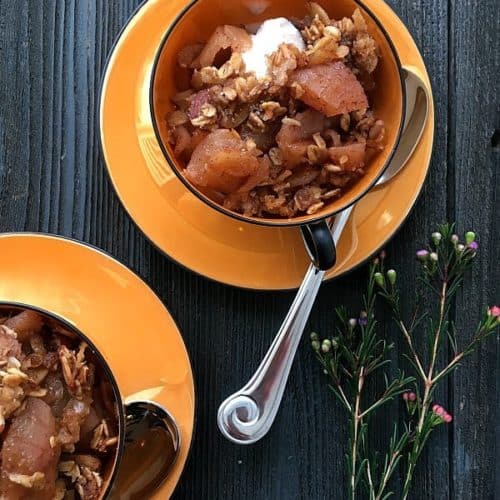 Tart apples work best in this recipe. Granny Smith are excellent here. If you prefer not to use almonds in the recipe, increase the old-fashioned oats for the almonds by 1/2 cup. Also, it's important to place a dish towel or paper towels on top of the slow cooker before placing the lid on the cooker. This will ensure your oat mixture is in fact crisp.
Course Dessert
Prep Time 15 minutes
Cook Time 3 hours
Total Time 3 hours 15 minutes
Servings 8
Calories 349
Author Good Dinner Mom

Recipe adapted from Gimme Some Oven.