Berry galette is so easy you may never make a traditional pie again. Foolproof, flaky pie crust, use whatever berries you like. 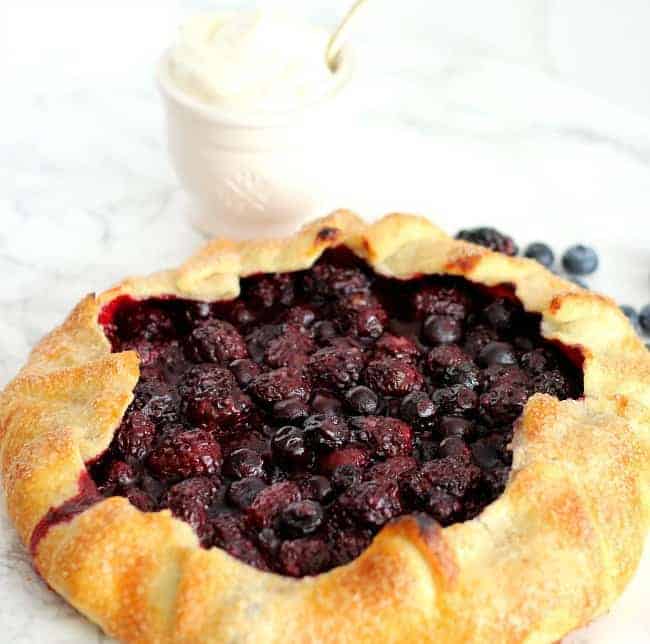 Have you every made a galette? I have to admit I’m not the best pie baker. I don’t practice enough and so my pie crust is seldom flaky, my crust edges never look fancy or pretty. So when I started looking into making a galette, this option seemed perfect for someone with my skill level when it comes to making pastry. If you’re also intimidated by making a perfect, in-the-pie-tin pie, this is the recipe for you. 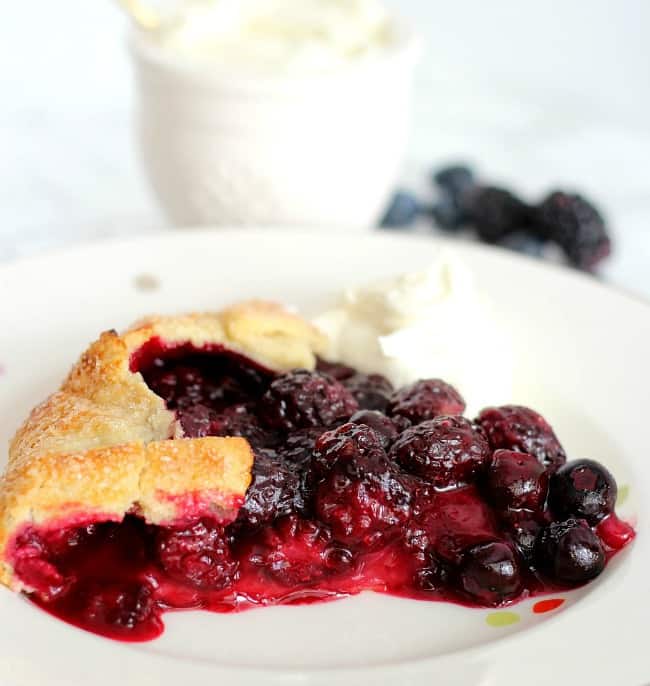 What is a galette?

Galette is a French term for flat, free-form, crusty pies. They don’t have to look perfect, which takes a lot of pressure off right there. When I came across a recipe on Williams Sonoma that uses a food processor to do all the hard work AND it made enough dough for three galettes, two of which I could save for later, I knew I’d found my start. 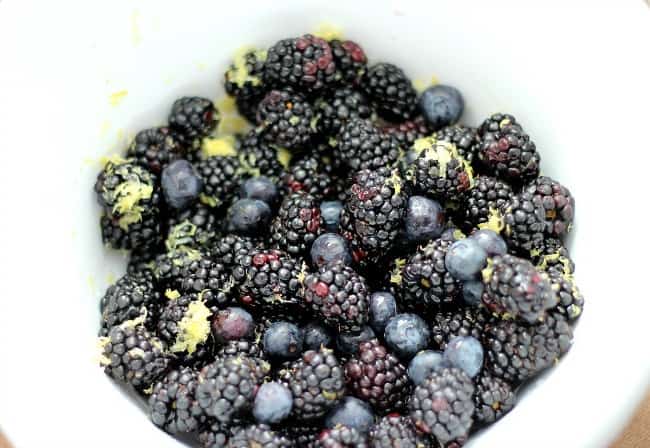 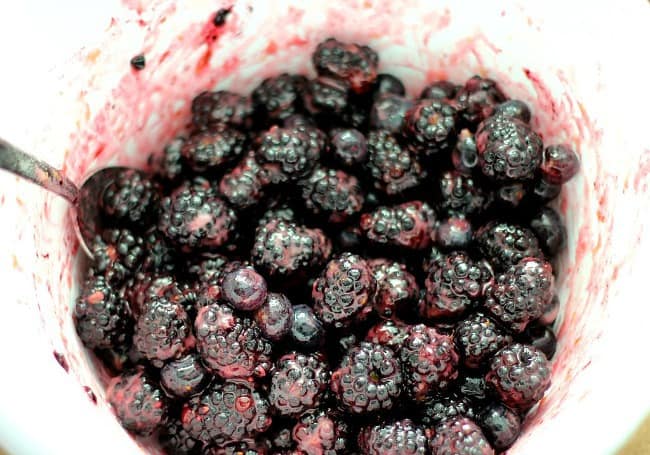 The only other addition to the berries and lemon is a little sugar and flour. 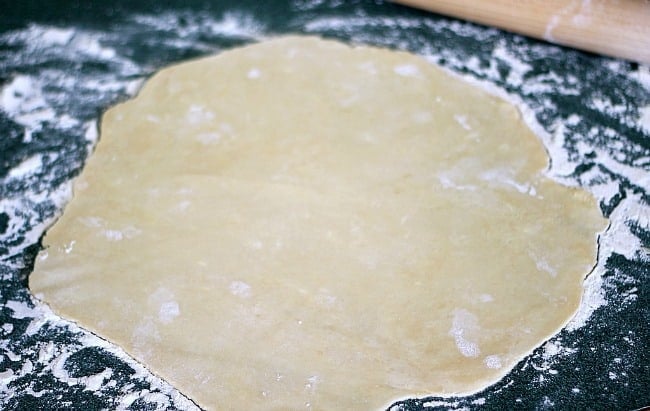 I didn’t get a picture of the dough in the food processor but really, that step could not be simpler. You’ll, by the way, think that you’ve got way too much flour in the processor and that it’s never going to work, but several chunks of butter and some drizzles of ice water later, the food processor does its business and the dough starts to come together. I then turned it out and divided it into 3 equal pieces. I used my kitchen scale, but you can also eyeball it. Then on a floured surface I rolled out one of the pieces into a 13-inch “round”. As you can see, it doesn’t have to be perfectly round. 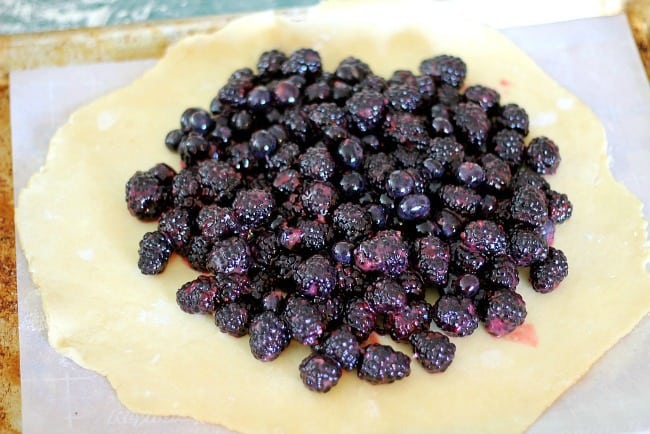 Then fold the dough in half, place on a parchment lined baking sheet and unfold it. Add your fruit to within two inches of the edge. 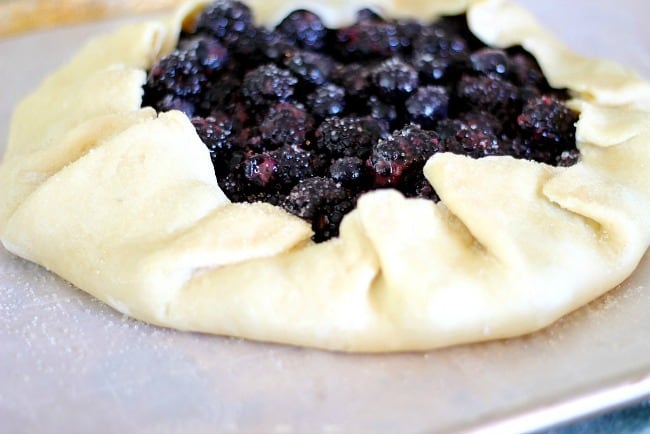 Fold the edge up over the filling, forming loose pleats. Brush the top of the dough with egg white and sprinkle with more sugar over the crust and fruit. 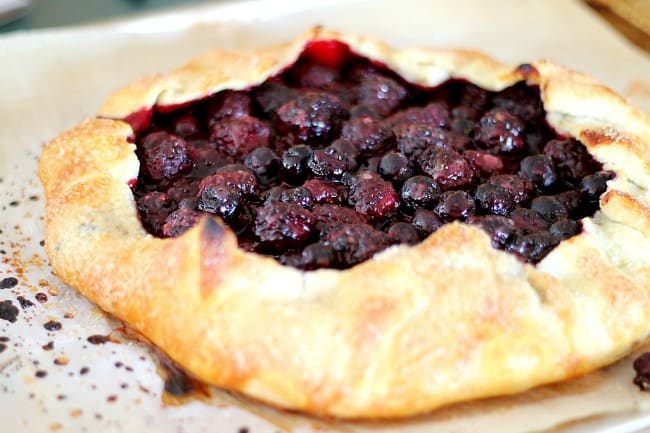 Less than 30 minutes later, you have a beautiful pie that with a flaky, tasty crust and the fruit mixture makes its own syrupy sweet goodness, thanks to the sugar and flour. 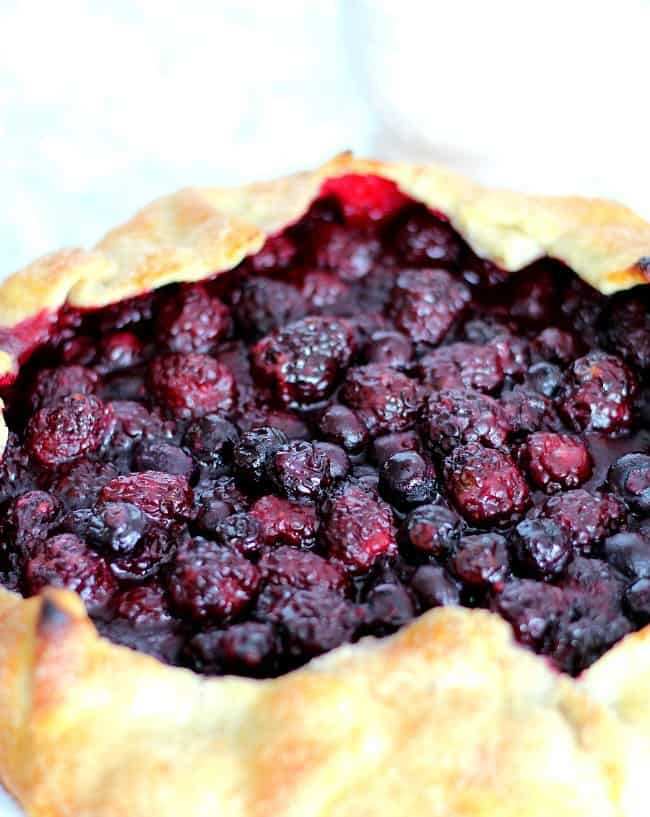 You can obviously make this tart with any berries, whatever mixture you like. I made another galette the very next day and the dough that had been refrigerated overnight may have been even more flaky than the one I made the day of processing. Bring your refrigerated dough to room temperature for about 20-30 minutes, until it’s pliable enough to roll out.

Recipe note: The printable recipe will yield 3 disks of dough for 3 galettes, but the fruit listed is enough to fill one galette. You will mix the dough, divide into 3 disks and save two for later. Make one now with the amount of fruit listed. 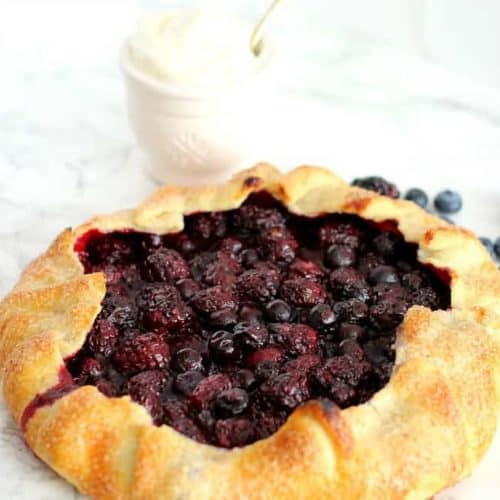 This recipe makes enough dough for three galettes or pies or pot pie tops, and it's flaky and delicious! The fruit listed is enough for one galette. An important note here: You will preheat the oven to 425F degrees but as soon as you put the galette in the oven, you need to turn it down to 400F degrees. DO NOT FORGET TO TURN THE OVEN DOWN!
Course Dessert
Prep Time 20 minutes
Cook Time 25 minutes
Total Time 45 minutes
Servings 8 people
Calories 613
Author Good Dinner Mom

For the flaky pastry dough

For the Berry filling

For finishing before baking