Come meet our backyard chickens – Ginger, Scarlett and Matilda as our new adventure in getting fresh eggs and sweet new pets finally begins.

The day we’d been waiting for finally arrived! After a lot of consideration, we decided we wanted Buff Orpingtons since they are known to be a great breed for interacting with people and are hardy egg-layers. We were only going to get two chickens (how we arrived at this decision is too boring, but if you want my two-cents on what I’ve learned about building a chicken coop or being a chicken-mommy, feel free to shoot me an email), so here on their first day home is little Scarlett on the left and that’s Ginger looking up at the camera. As I look back at these pictures and knowing how these girls behave now, their individual personalities were prevelant from the start. Ginger is the most outgoing and adventurous, as you will see. 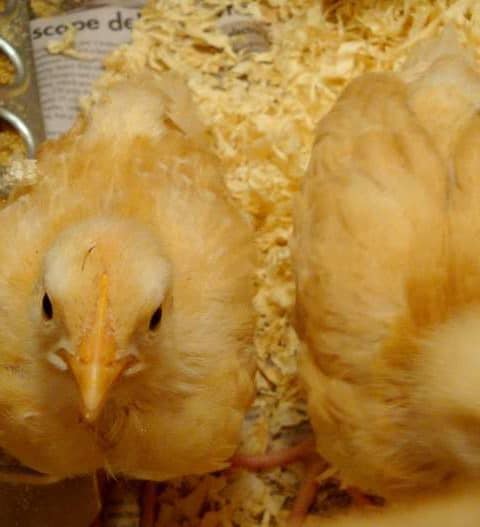 The girls were only about 3 weeks old when we brought them home and we kept them in a big box on the island of our kitchen so they could stay warm under the overhead light. It was early spring and still quite cold out at night.

Ginger was constantly trying to get out to see the big big world. She kept trying to “fly the coop” so we had to put chicken wire over the top of the box for awhile. Scarlett was more docile and just minded her own business. 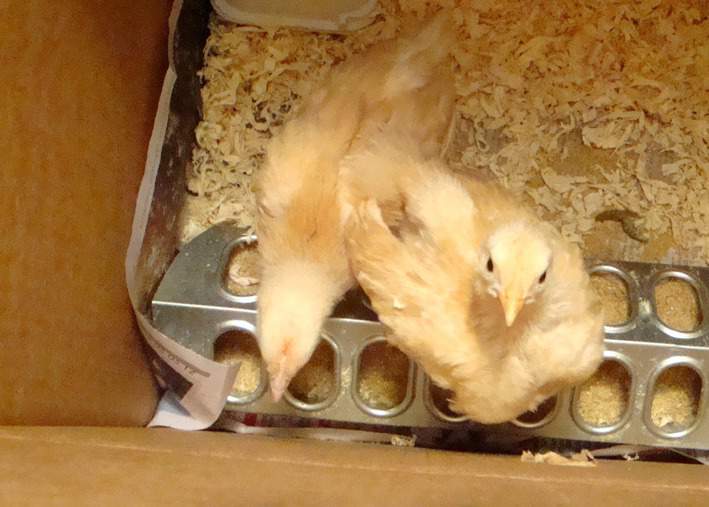 Again, Ginger was curious about everything! She was constantly in Scarlett’s business…

“You got a little something right… there.” 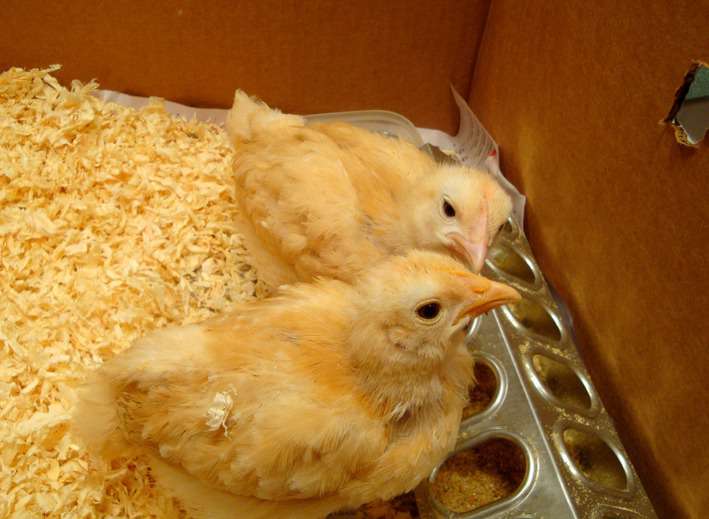 After bringing the chickens home, we looked at our two tiny chickens and saw how much they seem to need each other and then looked at our big coop and chicken yard and decided “We need another chicken!” I called “The Chicken Lady” where we bought the initial two and low and behold, she had one Buff Orpington left. So, a speedy trip the following day and… meet cute little Matilda (center). To this day, she is our sweetest, littlest chicken. 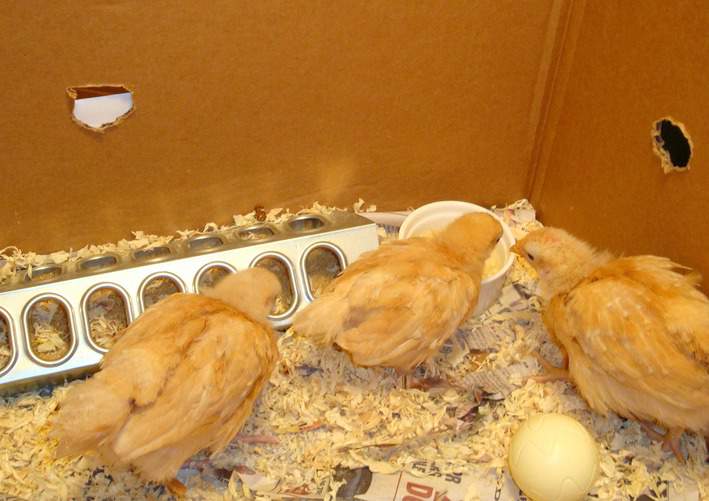 The babies were so entertaining that I’m glad we had a few days with them in the house. They would “cheep” all day and if I was working in the kitchen, Ginger would stick her head out of one of the holes in the side of their box to see what I was up to. She was obviously just as curious about us as we were about her. 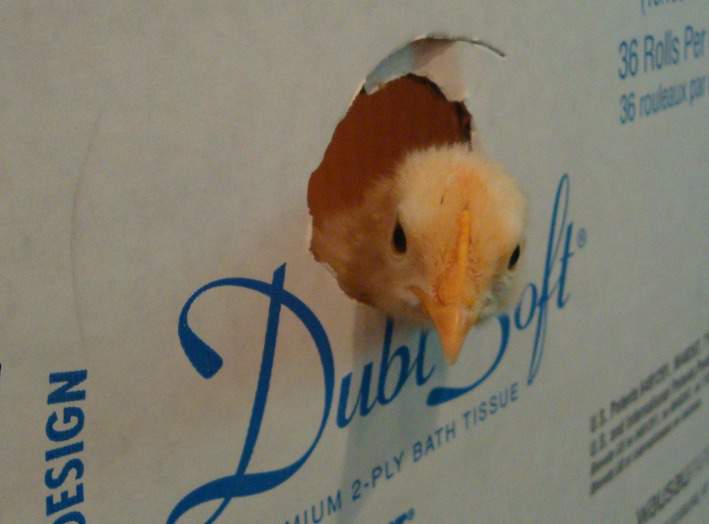 They had been used to living under a bright light all day and all night (used for keeping them warm) before we brought them home.  After a couple of nights with the light on all night we tried turning the light off. They literally started to shriek with fear. So we had to turn the light off for gradually increasing intervals each night till they were accustomed to the dark. Actually, they would finally just fall asleep and we’d then turn the light off and if they woke up during the night they would start to “cry” again. I know this because I was so worried about them that I slept in the living room on the couch. “Just in case.” In case what? I never had to answer. 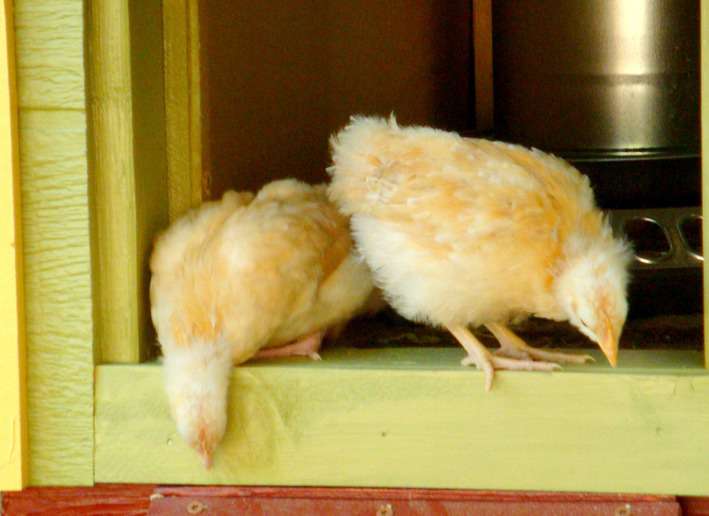