This Hungarian Mushroom Soup is not authentic as in I switched out the dill and oregano which compliments the paprika and lemon for a different flavor combination. The finished soup is comforting and delicious! 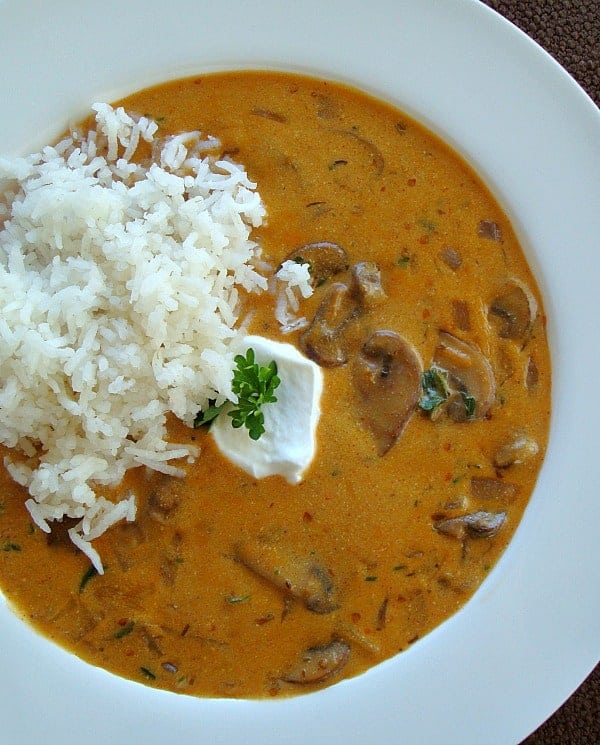 Hungarian Mushroom Soup just LOOKS delicious. You know the texture is going to be silky. The flavor is sure to satisfy your need for something robust and meaty. And my take on the standard recipe changes only one ingredient, but the subtle change in taste is something really special.

Hungarian Mushroom Soup requires the combination of lemon, paprika and dill (usually). But on the day I was making this family favorite soup and my onions and mushrooms were browned and waiting, I realized I was out of dill weed. In desperation, I reached for one of my favorite herbs, Oregano. And the day oregano made its debut as a substitution for dill is the day this soup became a much-requested staple for my family. I’ve been living on the “this is SORT OF Hungarian Mushroom Soup” side ever since. I love the slightly peppery taste oregano adds. It perfectly compliments the smoky flavor from the paprika. And lemon gives the soup a fresh taste that brings it all together. While dill adds more of a grassy taste to the soup, the subtle bitterness of oregano gives a nice tang, and the other flavors shine through. Some could say the oregano with lemon makes this more of a Greek mushroom soup, but give this a try. You won’t be disappointed. 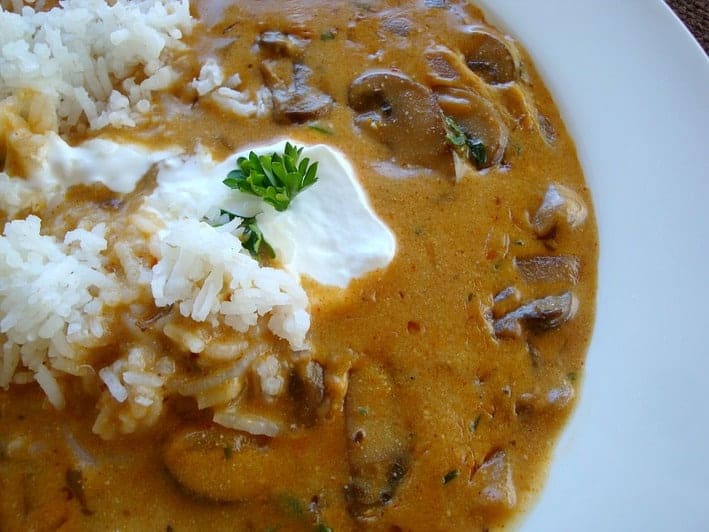 I usually serve the soup with some Basmati rice when I’m wanting a more complete menu, but it’s fabulous with or without the rice. An extra dollop of sour cream looks pretty, but again, is optional. 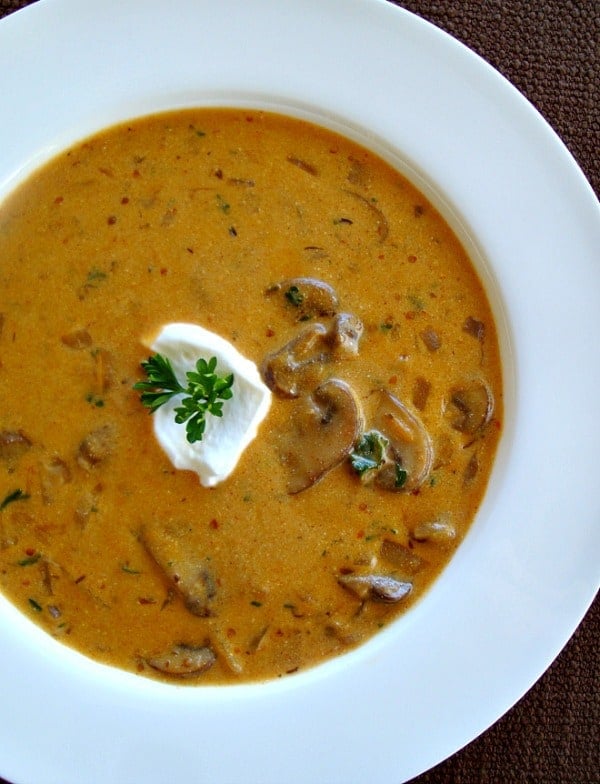 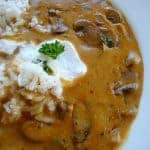 If you’re set on a traditional Hungarian Mushroom Soup, just substitute the oregano with the same amount of dill.

Adapted from All Recipes