This sweet casserole is a combination of pumpkin pie and cinnamon rolls, pecans and crystallized ginger. Topped with sweet glaze and a dollop of fresh whipped cream. 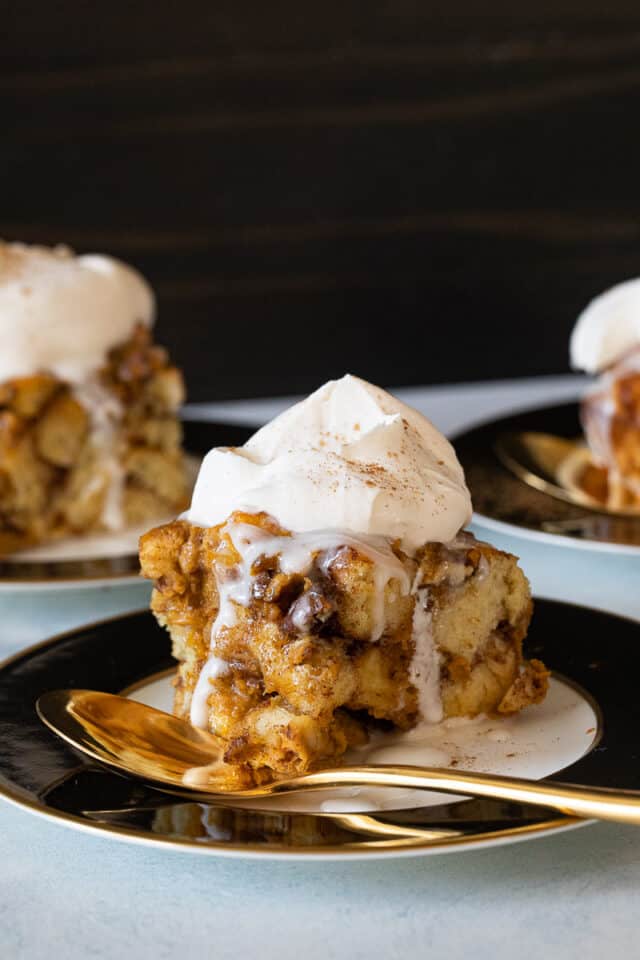 I started with 2 cans of cinnamon rolls. Open the cans, separate, and cut each cinnamon roll into smaller pieces.

The entire batch is then dumped into a 9×13-inch baking dish and covered with a mixture of canned pumpkin, spices, brown sugar, milk, crystallized ginger and chopped pecans.

Canned pumpkin puree- Pumpkin with no sweeteners or spices. In other words, don’t use pumpkin pie mix

Eggs- Four eggs help to hold everything together as it bakes

Pecans- You may substitute walnuts or leave out the nuts completely, if you like.

I’ve used almost every brand I can think of for this recipe for Pumpkin Cinnamon Roll Cake. I’m partial to Immaculate Bakes or Annie’s because they both have fewer ingredients, but both of these, as well as Pillsbury or your local store brand provide a delicious base to ensure success in the recipe.

Canned pumpkin and pumpkin puree are both just simply canned, cooked pumpkin. Pumpkin pie filling is pre-sweetened and has been spiced up with cinnamon, clove, allspice, and ginger. Make sure you’re purchasing the correct ingredient specified in whatever recipe you’re making. They are not interchangeable. 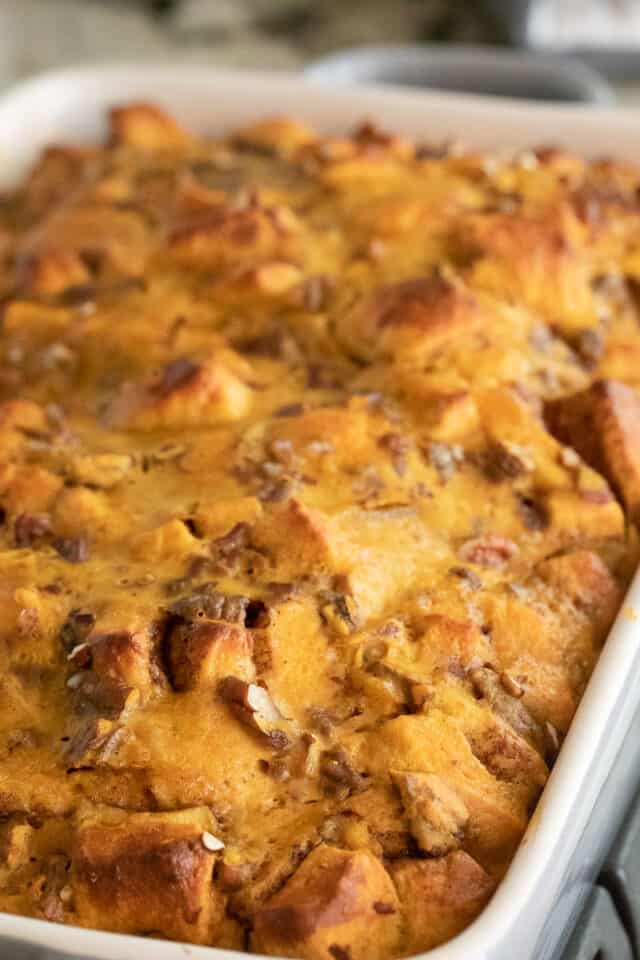 After baking, it’s nicely puffed and ready to cut and serve. 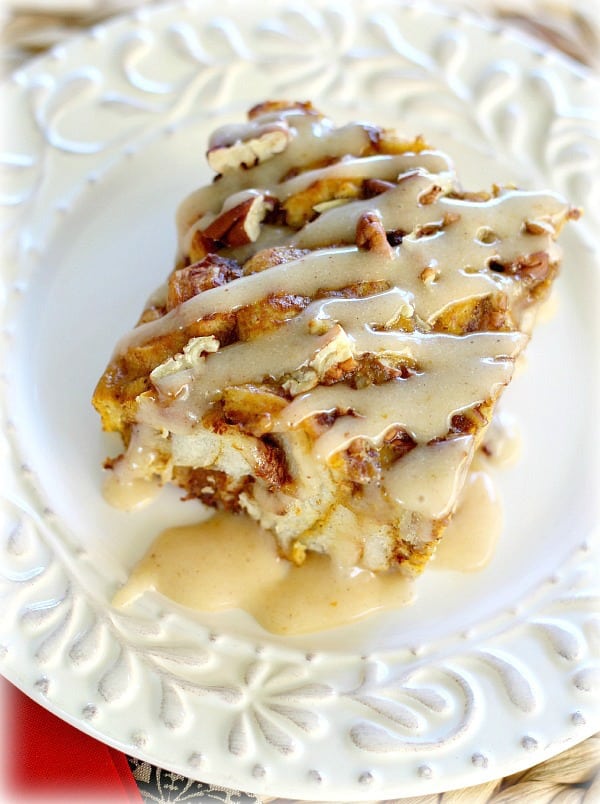 Top the cake with glaze while it’s still hot. Use the glaze packets that come with the canned rolls, or if you want to offer more glaze to go around, I provide a simple recipe below so you can add as much as you want, more than you need!

Can Pumpkin Cinnamon Roll Cake be made ahead of time?

Pumpkin Cinnamon Roll Cake is best served warm but you can definitely make it up to 24 hours ahead of serving, refrigerate, then reheat in a low oven until heated through again. Top with glaze and whipping cream. This recipe is so simple, yet so impressive.

In the spirit of the season, this pumpkin cinnamon roll goodness isn’t complete without a nice dollop of fresh whipped cream and extra cinnamon or ginger.

This is such a great recipe during the holidays. It’ll satisfy pumpkin pie lovers, as well as anyone craving cinnamon roll-goodness. Easily served at brunch, a buffet, or a dinner-party. To customize serving options for your guests, dish up individual servings and then pass around the icing, and whipped cream so everyone can have it the way they want.

Seriously, this recipe is so easy, there are no special “remember to do this” things to say, other than to follow the recipe as written. You can’t get it wrong! 🙂 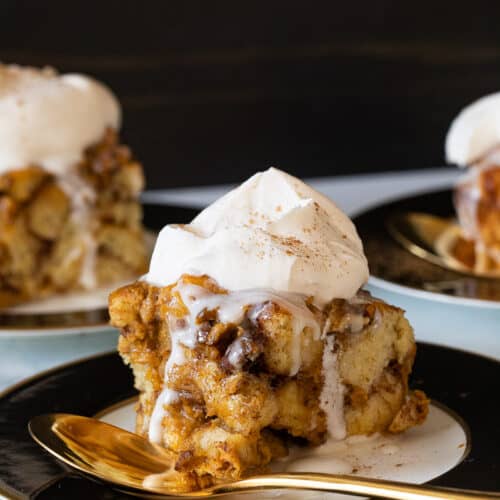 This recipe can is best served warm. Either serve right out of the oven, or refrigerate up to 24 hours before serving, reheat in a low temperature oven until warmed through, and top with icing and whipped cream.
Course Baking
Prep Time 20 minutes
Cook Time 40 minutes
Total Time 1 hour
Servings 12
Calories 320
Author Sally Humeniuk 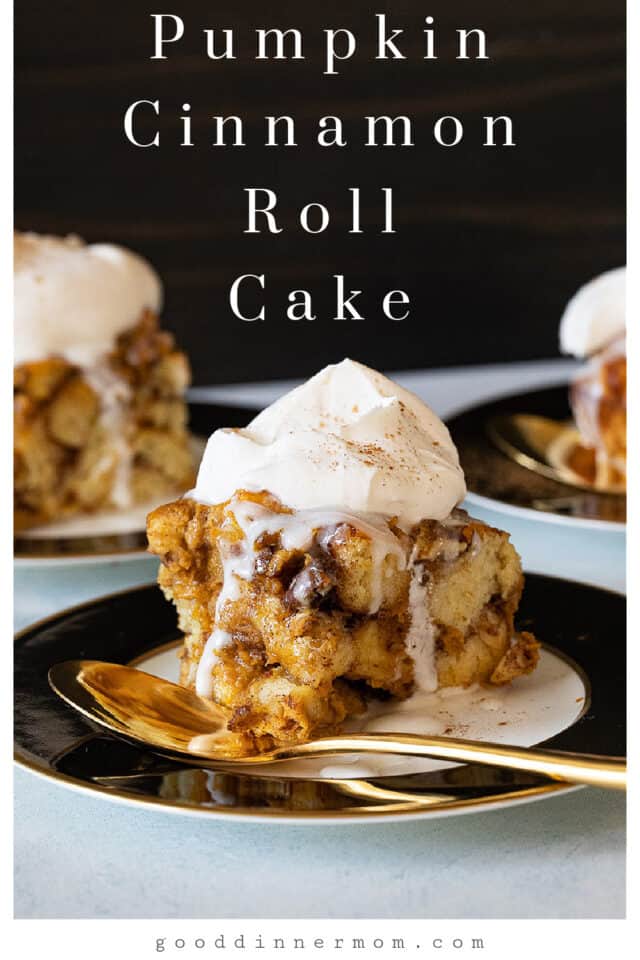 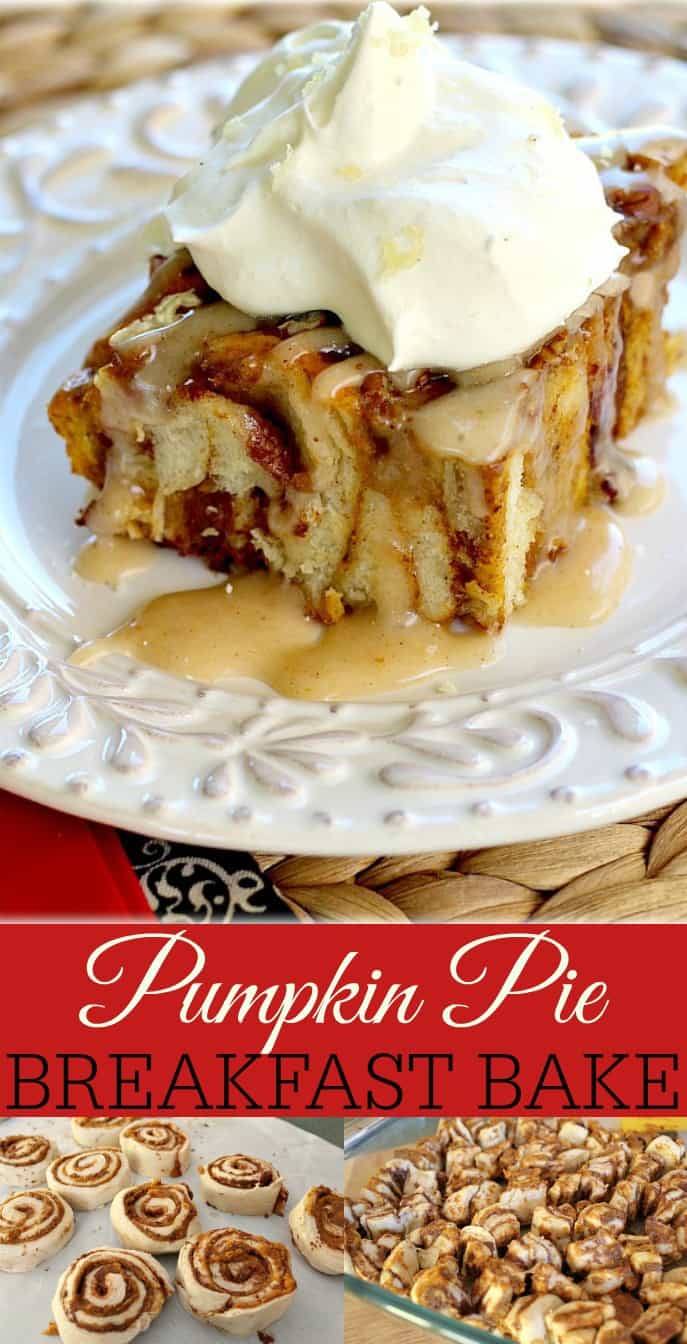