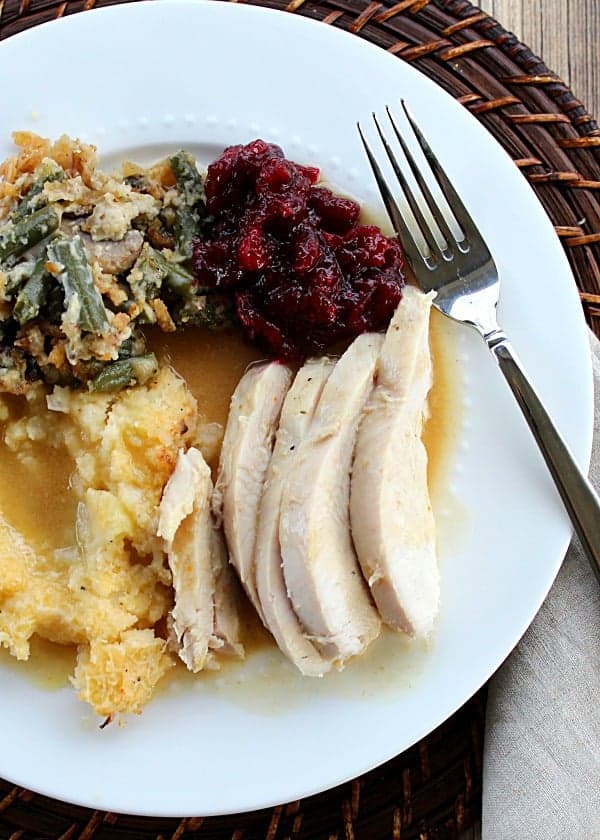 Turkey in the crock pot? It goes against every traditional picture in my mind’s eye. But I’ve been wanting to try this recipe because as much as I love Thanksgiving, preparing the Thanksgiving feast is not for the faint-hearted. I still can’t believe my grandmother used to prepare the entire meal by herself, not to mention that her table was decorated beautifully and the food was always amazingly delicious. Many years later, I am lucky enough to get help from other family cooks who jump in and make many of the side dishes and trimmings. But the turkey is still my responsibility.

My motivation for testing the Slow Cooker Turkey Breast  was a quest to further simplify the preparation on Thanksgiving. A few points to note here; Slow Cooker Turkey Breast will feed six to eight people; you obviously lose out on any dark meat (a deal-breaker for some right there); and forget about the crispy skinned presentation of a full bird involved with classic presentation. Though moist and tasty, the texture is a bit different than the traditional roasted turkey (more like a brined turkey texture). So, those are the some of the caveats. Now for the benefits of this method – 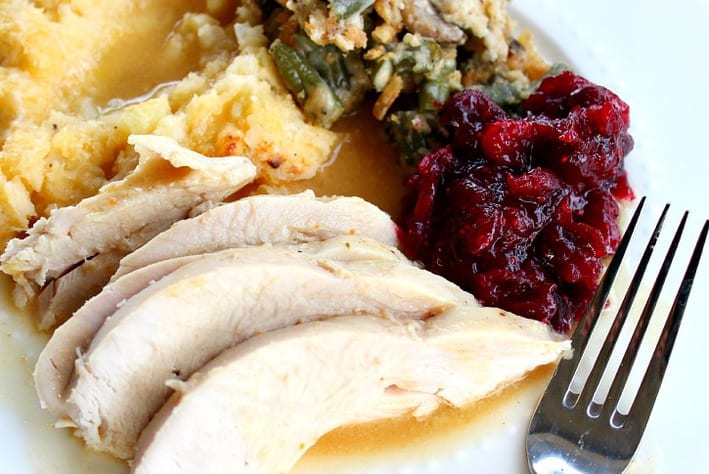 With Slow Cooker Turkey Breast, the meat is moist and juicy. This is pretty much a guarantee. The gravy created in this presentation was the some of the best homemade gravy I’ve ever tried, second to my grandmother’s. 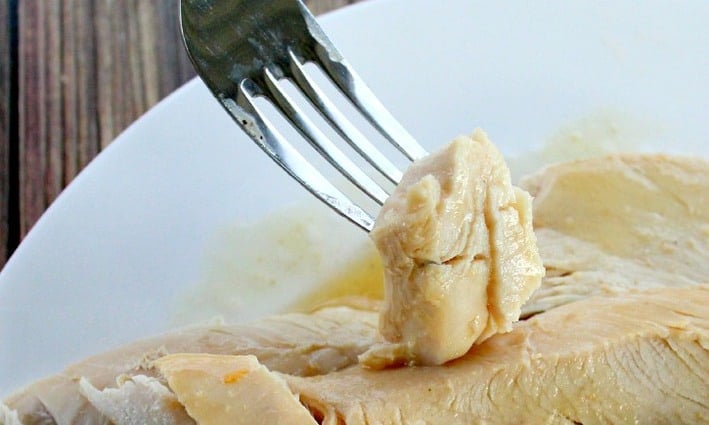 And did I say how moist and tender the turkey was? Seriously, the bite on this fork fell apart as soon as I lifted it off the plate.

Here is my final impression of this option for cooking the Star of the Thanksgiving feast – As mentioned, the turkey was super moist which is always a relief. Classically flavorful and a gravy that was perfection. But keep in mind if you’re thinking this is just a dump in the crock pot and forget it recipe, this is not totally the case. There is still a bit of pre-work involved to reach success. In order to get the delectable gravy from the slow cooker, it requires making a mirepoix (carrot, celery and onion) and adding some flour that is then browned with the aromatics before placing everything in the crock pot – easy but still took some time. Just saying. And you still have to carve the thing – which is actually my biggest undoing… even with years of practice. But that’s an entirely different issue.

If you’re feeding a small group of no more than eight guests and you want a sure-fire method for juicy turkey and perfect gravy, plus maybe you like the idea of keeping the oven free for baking your side dishes, then this is your recipe.

And speaking of side dishes, try my fool-proof Green Bean Casserole that can be made months ahead or the day of the feast and this recipe for Last Minute Cranberry Sauce. Talk about classic and delicious recipes. There you go, try these whether you make the Slow Cooker Turkey Breast recipe or not. 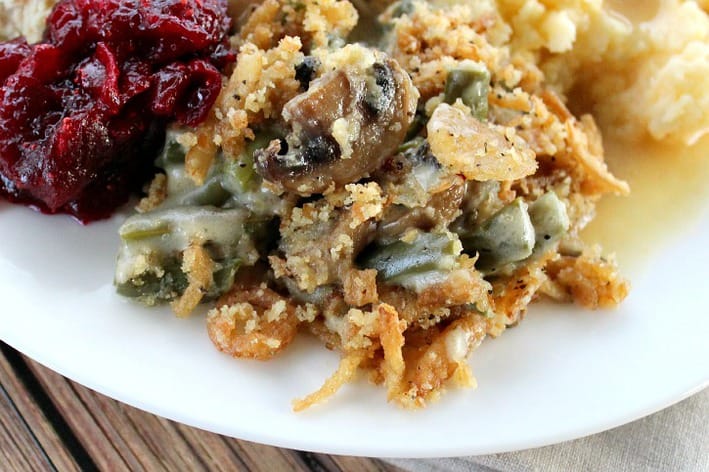 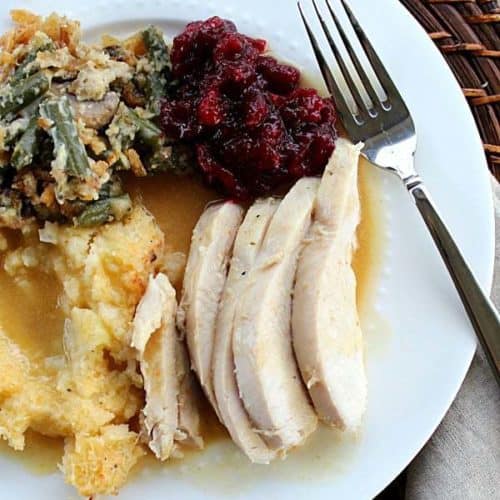