Try these almond flour waffles and I think you’ll agree they are the best gluten free waffles around. The recipe doesn’t require a lot of special flours. Grain free, too. 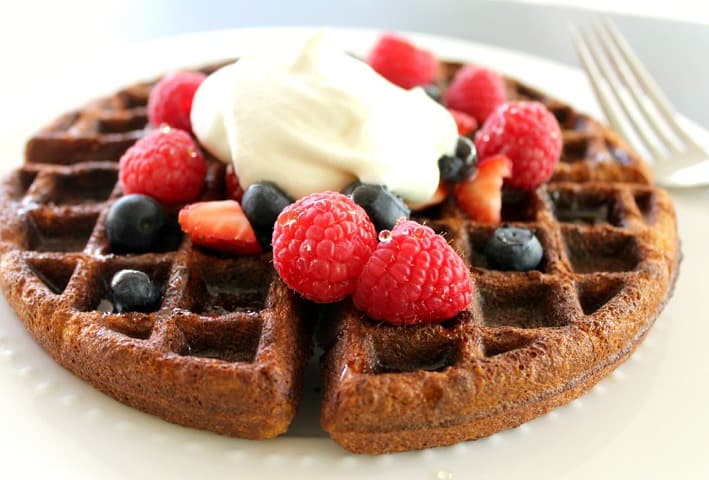 These waffles are delicious, with a classic waffle texture, just a little sweetness and a perfect amount of nuttiness. They are so all-around fabulous, that I’m boldly calling them THE BEST Gluten Free Waffles. I love gluten-free and grain free options that really deliver in taste as well as nutrition requirements. And these do that! But many gluten-free recipes require two or three different types of flour substitutions and other expensive ingredients like xanthum gum, for instance. Stocking a variety of gluten free flours in your cupboard is fine, but I bake gluten free by choice, not by necessity so I don’t have a fully stocked “glutenless” pantry. So in this recipe, I start with almond flour, which is becoming more and more mainstream. I also add a tiny bit of coconut flour because it really helps with the texture and gives a nice flavor, but the amount is so small that you can omit the coconut flour if you don’t have any (and then get yourself some because you will LOVE the flavor that coconut flour adds to a recipe). All the other ingredients are pretty standard pantry staples.

First attempts at the almond flour waffles were just “okay” and they were a little limp, for lack of a better description. So, along with the almond flour and basic ingredients, I added a combination of honey and coconut oil which gives a huge boost in flavor as well as ensuring the waffles don’t stick to the iron, so don’t skip or modify this part. In order to help firm up the waffles without making them too stiff, I separated the egg whites and egg yolks during assembly. The whites are then beaten into soft peaks and incorporated into the mix before baking in the waffle iron. This step adds the necessary airy volume for great texture and crispness.

Almond flour waffles, or The Best Gluten Free Waffles as they are more appropriately named are delicious topped with fruit, maple syrup, honey, yogurt or whipped cream.  As you can see, they bake up darker than the standard waffles you are used to, thanks to the honey. Give them a try and I think you’ll be hooked. They’re definitely the best we’ve ever had. 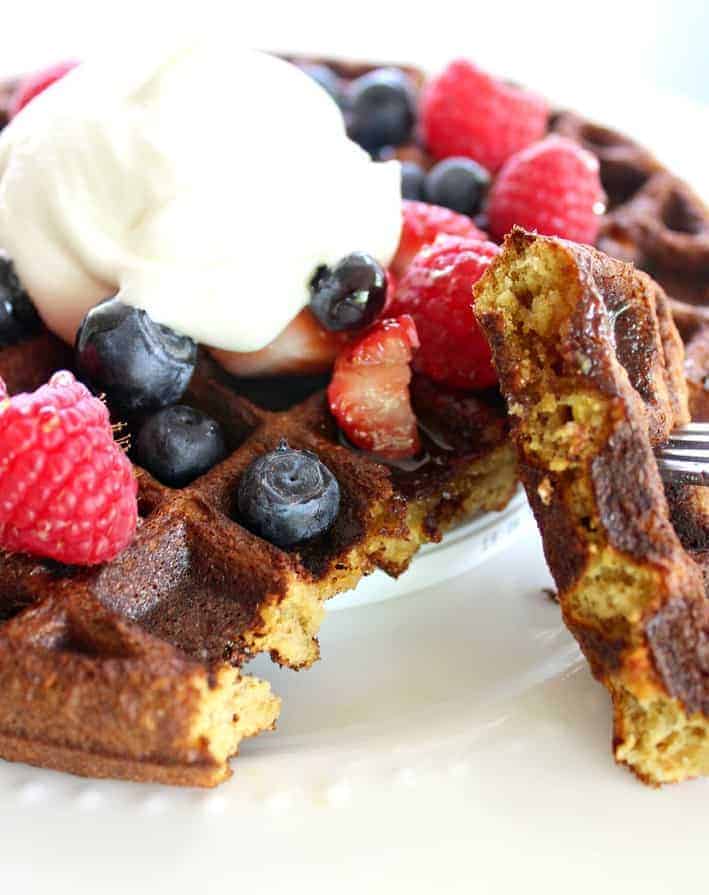 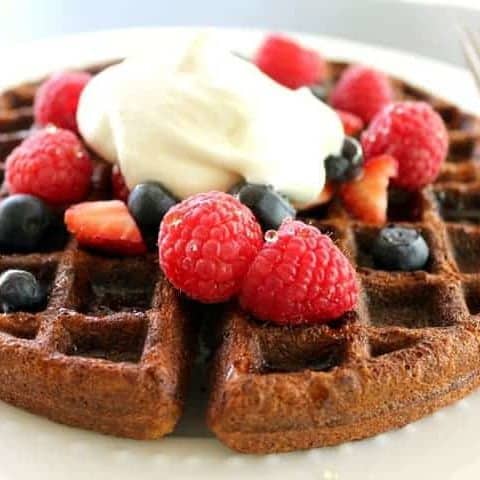