These Skillet Chicken Fajitas with Rajas con Crema are unforgettable. Like none you’ve ever tasted! 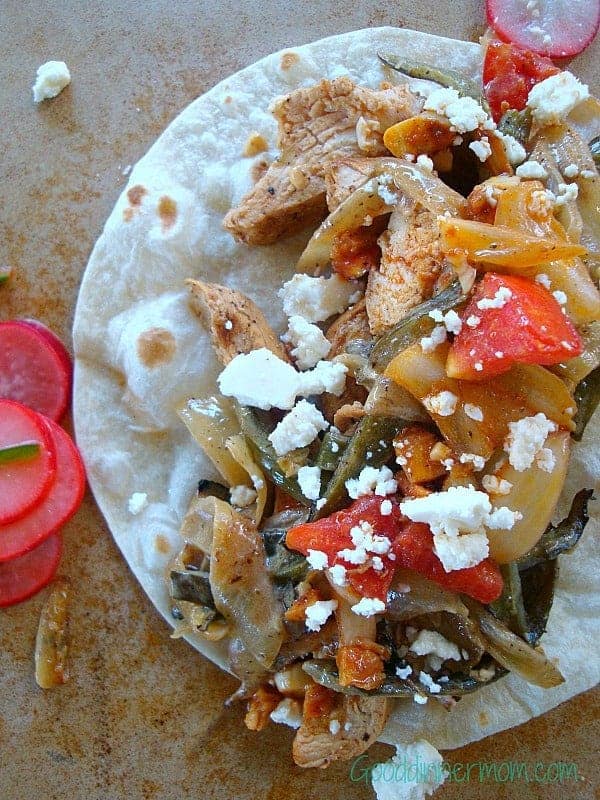 Everyone… PAY ATTENTION… These. Will. Change. You… Forever. Once you try these skillet chicken fajitas with amazing Rajas con Crema (roasted poblano peppers in cream reduction), any other chicken fajita will be mediocre by comparison. These fajitas take a little time and effort, but none of the steps are difficult. And the finished product is worth it!

Let me tell you about the Rajas con Crema. This is not the onion and peppers combination you’re used to for standard fajitas. Poblano peppers are roasted, onions are carmelized and then the addition of thyme, oregano and heavy cream will reduce to make for a deep, mildly sour flavor (thanks to the addition of some lime juice), adding new life to your dish. Rajas con Crema is actually delicious on its own. Try it as a breakfast accompaniment. But try them for this recipe and it will soon become standard fare for fajitas, every time.

Starting the chicken in a skillet and finishing it up in the oven ensures juicy, perfectly seasoned meat that’s the base for the amazing fajita toppings. The marinade is oil, lime juice, smoked paprika, cumin, pepper, salt and cayenne; which makes for subtle but classic fajita “grilled” meat flavor. The chicken breasts are pounded out and placed in the marinade to sit at room temperature for 30 to 60 minutes while you prepare the Rajas con Crema.

If you’ve never roasted peppers, it’s super easy and the skin burns to a bubble quickly under the broiler. 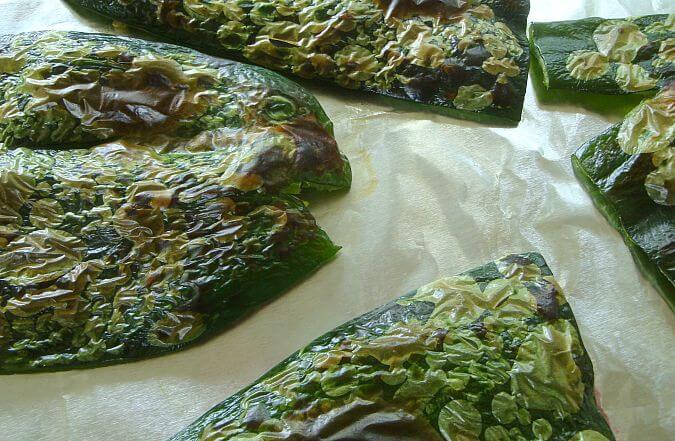 Onions are carmelized for a sweet flavor to go with the peppers in the Crema. 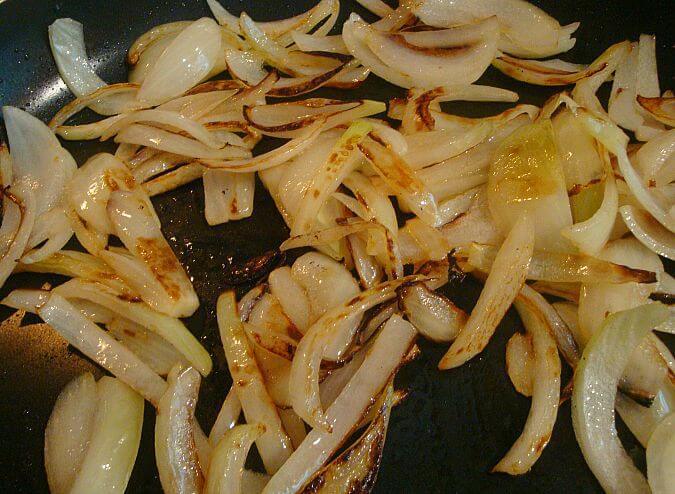 Once the onions are charred, garlic, thyme and oregano are added. Then the cream makes its appearance on the scene. After adding the cream, let it cook down for a couple minutes until it coats the onions. 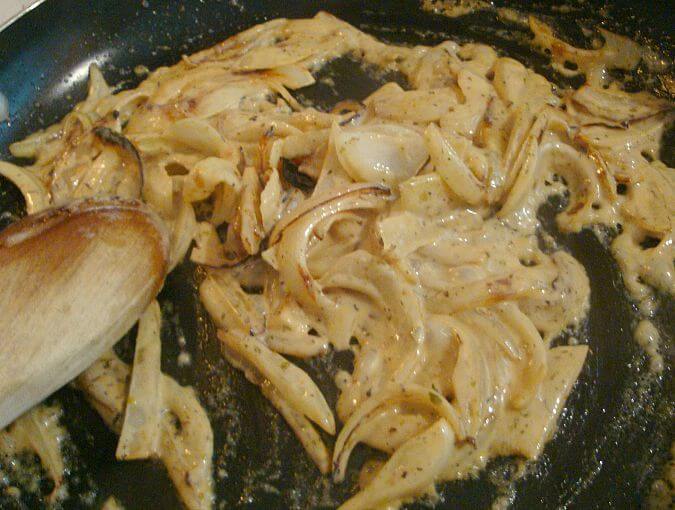 Remove the skins from the peppers, leave a little of the char on for extra flavor, slice or thick-chop and added to the onions. The marriage is complete and these ingredients will add a happily-ever-after finish to your fajitas. 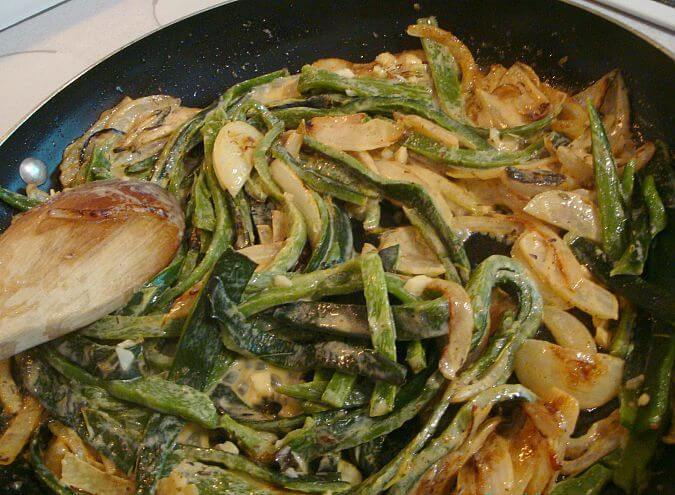 Now, that two-step cooking process I talked about for the chicken. Boneless chicken breasts are healthy, but it’s also easy to overcook them, ruining any recipe. Starting them in an oven-safe skillet seals in the juices and adds a nice char before finishing them in the oven. Plus, using this method means you can cook perfect fajitas year-round without having to fire up the grill. 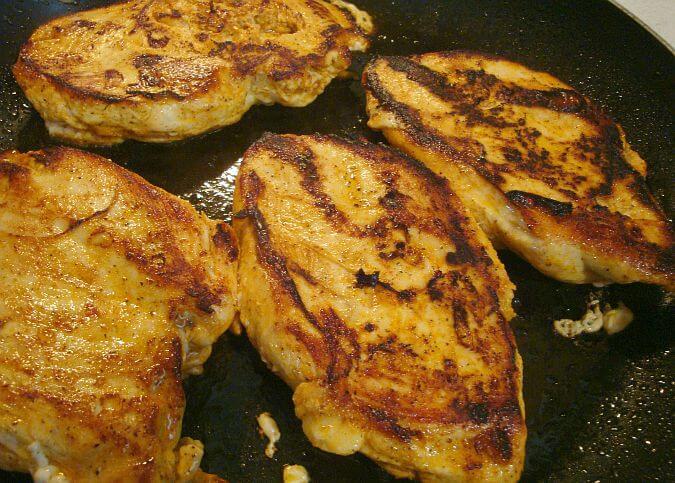 After they come out of the oven, let the chicken rest for a few minutes to seal in the juices. Then slice and toss them back into the skillet to gather up the rest of the seasonings. 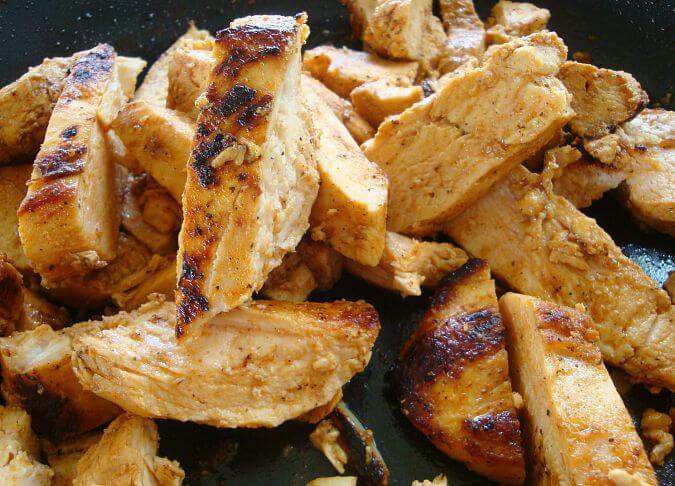 My family devoured these and demanded that I make them “all the time”, and serve them with crumbled queso fresco and tomatoes.

Take the fresh tomatoes a step further with this quick but powerful finish. After you’ve removed the chicken breasts from their skillet, pour the left-over chicken marinade (from the bowl they soaked in) into the skillet and heat over medium-high heat. Chop 2 or 3 tomatoes into big chunks and add to the sizzling marinade, continue to cook until marinade has reduced and tomatoes are broken down a bit. About 3 or 4 minutes.

Cook’s note about flour tortillas: I buy uncooked flour tortillas and just fry them up before serving.  They only take about 30 seconds. Most grocers carry them and it might be a favorable option when you compare the ingredient list between uncooked vs. precooked. They’re also delicious in corn tortillas, or feel free to forgo the tortillas altogether.

One note about queso fresco. You can definitely substitute feta if you already have that but for a special meal, use queso fresco. It is a delicate crumbly Mexican cheese that reminds me of ricotta cheese. And it adds a texture and flavor that blends perfectly in Mexican cooking. 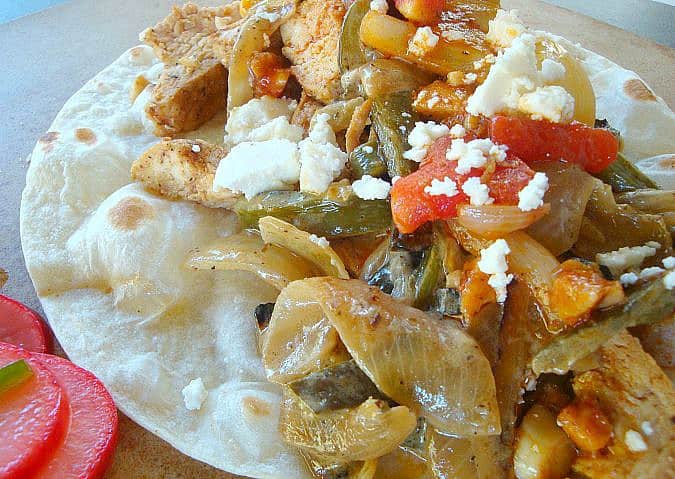 I can’t forget the Spicy Pickled Radishes. These aren’t absolutely critical to the recipe, but they add a nice crunch and color in the fajitas or served on the side. Click here for recipe. 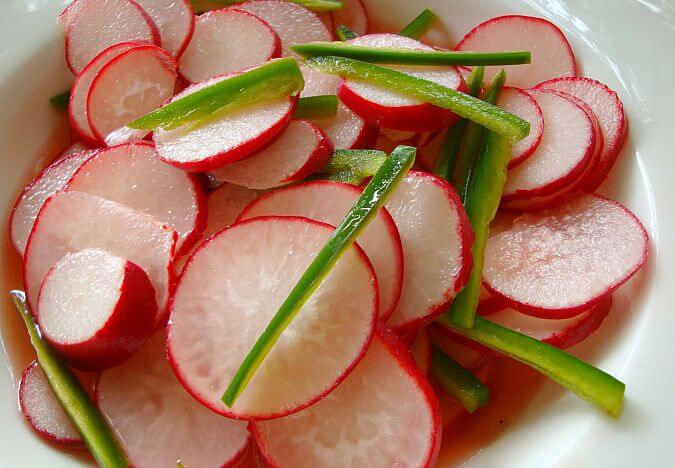 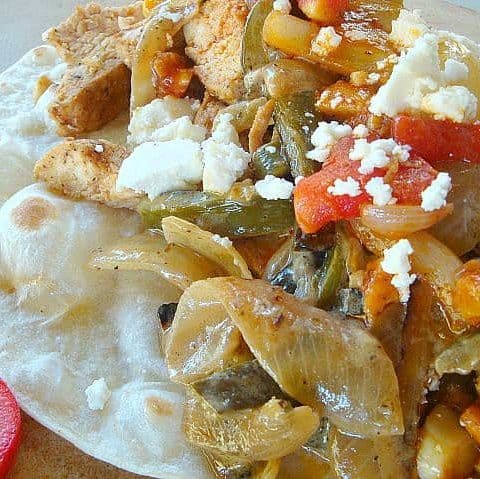 For the Rojas con Crema: